Ankara: Turkish Pilots Held in Lebanon Close to Being Freed 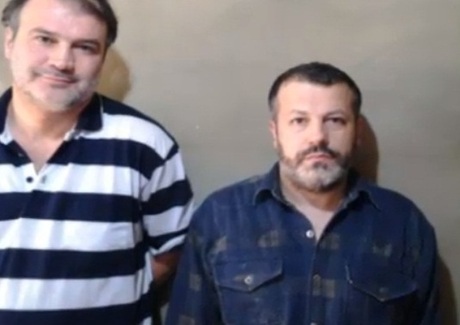 Two Turkish Airlines pilots who were kidnapped in Lebanon in August are close to being released, Turkey's foreign minister said Friday.

"Very favorable developments are under way concerning the two Turkish pilots, this matter has been largely settled," Ahmet Davutoglu said on local television, adding that the men could be freed "within hours or days".

The pilots were kidnapped in Beirut on August 9 by a previously unknown group which said it had abducted the pair to secure the release of nine Lebanese pilgrims who had been kidnapped in Syria's Aazaz.

Late on Friday, caretaker Interior Minister Marwan Charbel told Agence France Presse that the nine men had been freed and were on their way home via Turkey.

The nine were abducted in Syria's northern Aleppo province in May 2012 when they were said to be returning from a pilgrimage to Iran.

The relatives of the nine have denied responsibility for kidnapping the pilots, though they said they were happy to see additional pressure placed on Ankara.

I wonder if the two pilots will ever fly back into Lebanon... hopefully they will soon be set free.