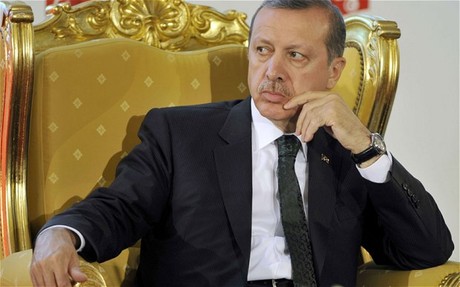 The Turkish prime minister on Wednesday defended a controversial decision to enter talks with China to buy Turkey's first long-range anti-missile system, but said no deal had yet been finalized.

Ankara's announcement last month that it was launching discussions with the China Precision Machinery Export-Import Corporation (CPMIEC) for the deal -- worth $4 billion (2.9 billion euros), according to Turkish media -- irritated Turkey's allies in NATO, particularly the United States.

But Prime Minister Recep Tayyip Erdogan told journalists that "for the moment, China is offering the best conditions" -- including meeting Turkey's demand to produce the missiles jointly.

He said talks are ongoing between Turkish and Chinese authorities and that he would make a "final decision" together with his defense minister and army chief of staff.

He did not give a date for the decision.

CPMIEC, which makes the HQ-9 missile system, beat out competition from a US partnership of Raytheon and Lockheed Martin, Russia's Rosoboronexport, and Italian-French consortium Eurosam.

The Chinese company has been hit by a series of US sanctions over the past decade, accused of selling arms and missile technology to Iran and Pakistan.

The United States said it had "serious concerns" about its key regional ally's decision to go with CPMIEC, and NATO -- of which Turkey is a member -- said it wanted a say in the final decision because the alliance's missile systems must be compatible with each other.

"No one has the right to intervene in (Turkey's) independent decisions," he said.

Turkey launched the tender for 12 missile batteries in 2009. It had previously defended the choice of CPMIEC saying the Chinese company had offered the best price.