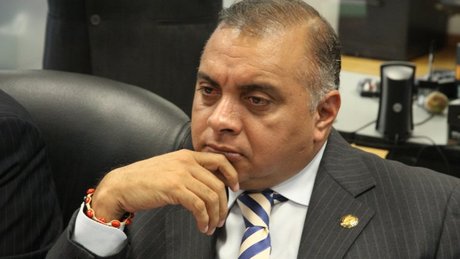 Panama granted asylum Saturday to an Ecuadoran opposition politician sentenced to prison last month for his role in a multiple homicide case, finding that he was subjected to political persecution.

Tito Galo Lara Yepez fled to Panama and requested asylum on grounds that his opposition to Ecuador's leftist government had placed his life in danger.

"Granting asylum (to Lara) could be a measure that supports the need to respect human rights and social and political stability in the region," the decree said.

In Quito, President Rafael Correa warned Panamanians that "they have a dangerous criminal roaming their streets."

"What a shame, and what a shame for Panamanians who now have a criminal in their ranks," he said.

Lara, 45, is a former member of Congress with the Patriotic Society Party of former president Luciano Gutierrez, who governed Ecuador from 2003 to 2005.

On September 2, he was convicted as an accomplice in the murder of an Ecuadoran couple and their four-year-old child and sentenced in absentia to 10 years in prison.

He surfaced in Panama on September 15.