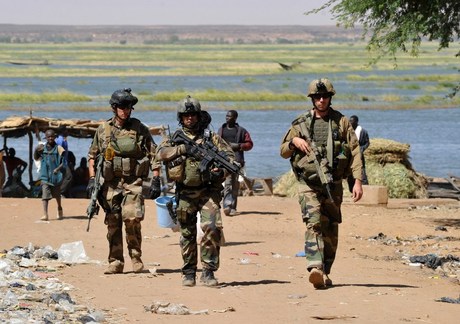 Islamists fired shells on Wednesday towards airport in Gao, Mali's second-largest city, but did not cause any casualties, a source from the Malian army headquarters said.

"The Islamists fired shells towards the airport in Gao" where French and Malian soldiers are stationed, the source said.

There were no victims and the situation had been brought under control, the source added, as French army helicopters were dispatched to chase the militants.

The attack is just the latest to hit Mali's north in recent weeks in the aftermath of a French military intervention in January to oust armed groups linked to al-Qaida that had occupied the vast desert north for the previous nine months.

Under heavy attack in the cities of Gao, Timbuktu and Kidal, the Islamists retreated into the desert and the cover of the Ifoghas mountains.

But the fragile peace did not last, and on September 28 the militants resumed their deadly insurgency, killing a dozen civilians and U.N. peacekeepers across the north in three weeks.

Jihadists wounded two civilians and killed a Malian soldier when they blew up a bridge and fired rockets on Gao in October.

The troubled west African nation and its allies launched Operation Hydra in late October after being taken aback by a recent upsurge in violence, just days after two Chadian U.N. peacekeepers and a civilian were killed in the northern town of Tessalit.