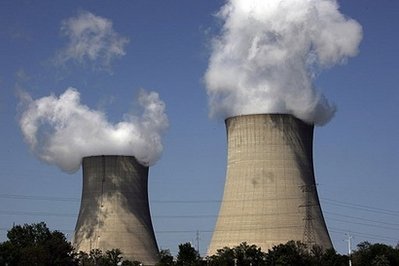 Iran has frozen the expansion of its nuclear activities, a UN atomic watchdog report said Thursday, in a possible confidence-building measure by new President Hassan Rouhani before talks next week.

The International Atomic Energy Agency said that in the last three months only four new centrifuges had been installed at Iran's Natanz plant, compared to 1,861 machines put in place in the previous period.

At the Fordo facility too, which also enriches uranium -- which can be used for a nuclear weapon if highly purified -- no new centrifuges were put into operation, the report seen by Agence France Presse showed.

It added that Iran has also not begun operating any new-generation IR-2M centrifuges and that "no... major components" had been installed at a reactor being built at Arak.

The faster IR-2M centrifuges are of concern to the international community because in theory they shorten the time needed by Iran to produce enough weapons-grade uranium for a nuclear bomb.

The so-called IR-40 reactor at Arak is a worry because it could provide Iran with plutonium, an alternative to uranium for a nuclear weapon, once it has been up and running for 12 to 18 months.

"There is absolutely no technical reason for this (freeze)," said a senior diplomat familiar with the IAEA's activities in Iran. "This is clearly a choice."

The quarterly IAEA report, the first since Rouhani took office in August, was released ahead of a new round of talks between Iran and world powers in Geneva next week.

Three grueling days of talks on Iran's nuclear program that involved U.S. Secretary of State John Kerry and other foreign ministers ended with no agreement in the early hours of Sunday morning.

The United States, China, Russia, Britain, France and Germany (the so-called "P5+1") want Iran to freeze the most sensitive parts of its nuclear program -- not just to stop expanding it.

This includes the enrichment of uranium to fissile purities of 20 percent, close to weapons-grade, and a halt to construction at Arak.

In return Iran wants U.N. and Western sanctions that have been hammering the Islamic republic's economy to be eased soon, and its "right" to enrich uranium recognized.

FT. You are right . But this is history. And I dont care about nuclear bombs. Region is so small that Israel cannot use it on lebanon lest the nuclear gases go to Haifa and Iran wont use it on israel lest the nuclear gases touch the chiites of lebanon.
So Nuclear weapons are a non subject.
The subject is that today we live in Lebanon. And Iran is expanding its imperialism by encroaching on the sovereignty of Lebanon.

This why I find Iran evil.

you are contradicting yourself by believeing the "good" side's story... Iran never admitted that it's program is for building a weapon. so either you admitting Iran is lying about its program or you are just talking childish nonsense.

What? Does anybody know what this means?

Germany, Canada and Australia are economically strong, yet they see no need for Nuke tech or weapons!

Very good point, and this is exactly why no additional countries should develop and/or purchase nuclear weapons. But this can not exist in vacuum, and the goal is to dismantle all nukes including the U.S. and Russia. So, we need to re-visit and audit the wrongs of the past to create an environment where nations voluntarily dismantle their weapons of mass destruction. Man made religion aside, the ultimate destruction would be to Mother Earth which no creator, including ours, would put up with. Human beings have come and gone.

Like take them to spring, show them the cold thirst quenching water, and then pull them out.