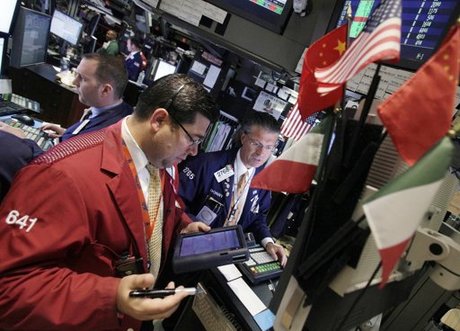 Benchmark oil for September delivery was up 53 cents to $99.66 a barrel at late afternoon Singapore time in electronic trading on the New York Mercantile Exchange. Crude rose 73 cents to settle at $99.13 on Thursday.

In London, Brent crude rose 45 cents to $117.96 per barrel on the ICE Futures exchange.

European officials agreed to give Greece a second rescue package worth euro109 billion ($155 billion) at an emergency meeting in Brussels on Thursday.

Investor concern that Greece's debt crisis will spread to other European countries such as Ireland, Portugal, Italy, and Spain has weighed on markets this year.

Crude prices were also given a boost by the International Energy Agency's decision not to release more oil.

The IEA said June 23 that it would release 60 million barrels of oil in a bid to lower prices, and traders speculated this week that the group was planning to send more barrels to the market.

"Greater optimism on containing sovereign debt issues, combined with an apparent backing away on the part of the IEA from an immediate further stock release, offers the opportunity for prices to break out of their recent range to the upside," Barclays Capital said in a report.