Bakri Hires Hizbullah's Saheli as His Lawyer, Military Court Asks ISF Intelligence to Turn Him Over 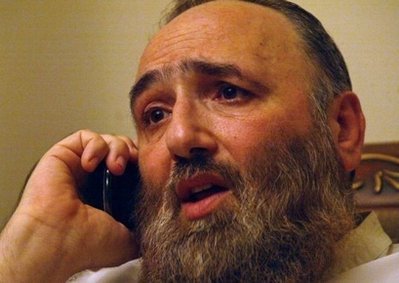 Radical Islamic preacher Omar Bakri, who was arrested Sunday in Tripoli by a patrol of intelligence agents from the Internal Security Forces, on Monday hired Hizbullah's MP Nawwar al-Saheli as his lawyer.

Bakri was sentenced to life in prison by the Military Court on a host of charges, including inciting murder and belonging to an armed faction.

The 50-year-old was found guilty, along with more than 40 other Lebanese, Palestinians, Syrians and Saudis, of "incitement to murder, theft and the possession of arms and explosives."

The charge sheet, which was posted on the door of the justice ministry, said Bakri and 22 other fundamentalist Sunnis were "sentenced to life in prison in absentia ... for belonging to an armed faction with the intent to commit crimes and undermine state authority."

The remaining defendants, some of whom appeared in court, were sentenced to terms of between three months and seven years, capping a trial that began three years ago.

The case was opened in the aftermath of a fierce 15-week battle in 2007 between the army and Fatah al-Islam, an al-Qaida-inspired Islamist group, at the Nahr al-Bared Palestinian refugee camp in northern Lebanon as authorities launched a nationwide crackdown on Islamists.

Syrian-born Bakri, who holds Lebanese nationality, failed to show up in court on Thursday for sentencing.