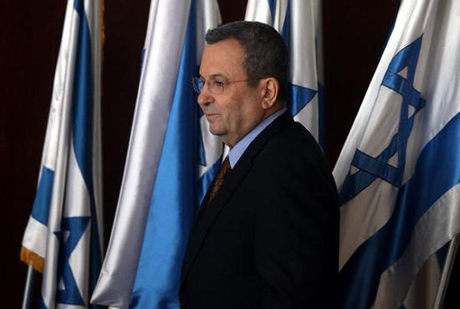 Israeli Defense Minister Ehud Barak was on Tuesday to fly to Washington where he would meet top U.S. officials, including new U.S. Defense Secretary Leon Panetta, his office said.

"He is due to fly on Tuesday afternoon for a three-day visit to the United States during which he will meet with Vice President Joe Biden, Secretary of State Hillary Clinton and Defense Secretary Leon Panetta," spokesman Barak Seri told Agence France Presse.

He said the minister would also hold talks in New York with U.N. Secretary General Ban Ki-moon, who earlier this week delayed for the second time the publication of a report into Israel's deadly raid on a Gaza-bound flotilla in May 2010.

The Israeli operation, which left nine Turkish nationals dead, sparked a huge diplomatic crisis with Ankara and the report was delayed in order to give the two governments more time to patch up their differences, media reports said.

Ties between Israel and Turkey were likely to be on the agenda during Barak's visit, as well as Iran's nuclear ambitions, the funding of Israel's anti-missile program and the Palestinians diplomatic push for U.N. membership in September, Israeli public radio said.

As for the U.N. Report on the Turkish flotilla... Will the continued delay of the report change what it says? That Israel violated international waters and bordered and killed civilians trying to provide medical and educational aid to gaza? Wheel chairs and primary school books are a huge threat to Israel!

He needn't worry about deficit talks and debt ceilings. U.S. politicians will bankrupt their nation and cut off their own heads before cutting back aid to Israel...

He needn't worry about deficit talks and debt ceilings. U.S. politicians will bankrupt their nation and cut off their own heads before cutting back aid to Israel...

Well, that being said, I really don't think financial support is the real agenda since it's a given...

The real agenda is to dictate to the U.S. Government what their foreign policy should be - particularly towards Palestine's bid at UN (it's on the agenda today at UNSC), Turkey, Iran and the rest of the Middle East...

I'm sure he'll make the customary stops at AIPAC and other pro-Israel lobby groups along with a potpourri of neo-cons and right wing, Tea Party fanatics to get them primed... you know just in case the U.S. Government has the audacity to not follow Israel's exact foreign policy script to the letter.