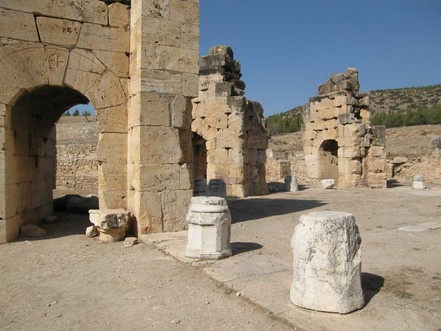 Archaeologists believe they have discovered the tomb of Saint Philip, one of the 12 apostles of Jesus Christ, in western Turkey, Anatolia news agency said Wednesday, quoting the team leader.

"We have been looking for Saint Philip's tomb for years," Italian Francesco d'Andria told the agency. "We finally found it in the ruins of a church which we excavated a month ago."

The church is located at Pamukkale, known as Hierapolis in ancient times, where Philip was said to have been martyred after preaching across Asia Minor.

D'Andria said the tomb had not been opened.

"One day it will be, no doubt," he said, describing the discovery as "a major development both for archeology and the Christian world."

Pamukkale is now a spa and tourist center.