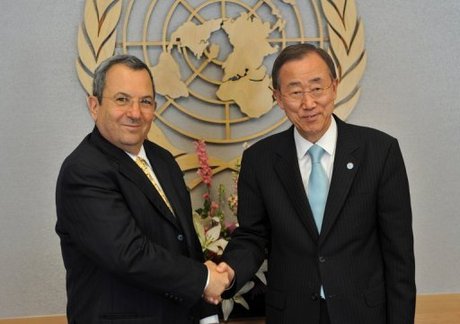 Israel's Defense Minister Ehud Barak and U.N. Secretary General Ban Ki-moon discussed the impasse in the Israeli-Palestinian peace process, and the situation in the West Bank and Gaza, in Lebanon and the region, said a U.N. spokesman.

Ban urged greater efforts to end the blockade of Hamas-ruled Gaza and "expressed his concern at settlement expansion in the West Bank, including East Jerusalem," he said.

Barak said that his government is striving to find a formula that would allow for the resumption of peace talks with Palestinian leaders, Nesirky added.