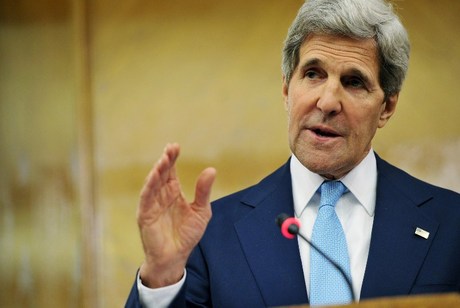 U.S. Secretary of State John Kerry Wednesday urged Tunisia's new government of independents to organize elections swiftly as the next step in the country's democratic transition.

The new leadership, which replaces the Islamist-led administration, took the oath of office Wednesday and is tasked with steering the country towards democracy.

Kerry said the new government and the adoption of a new constitution were a "historic milestone in Tunisia's democratic transition" three years after the Arab Spring revolution.

"While Tunisia's transition to democracy is not yet complete, these are very important steps. They are positive proof that Tunisia's democratic transition can succeed," the top U.S. diplomat said in a statement.

Kerry said he looked forward to working with the new Prime Minister Mehdi Jomaa during "this critical period."

Washington also welcomed the creation of an independent elections commission "and we encourage the new government to move quickly to set a date for early elections so that Tunisian citizens can choose their new leaders and determine the country's future," Kerry said.

"Just as men and women made their voices heard on the streets of Tunis, their voices must also be heard in the halls of government."