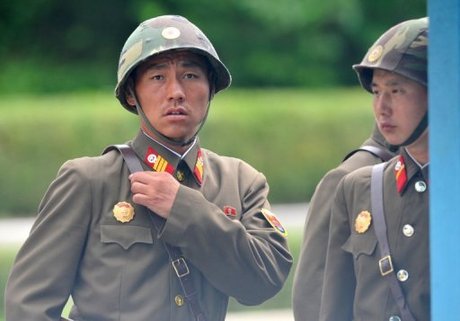 The North "remains unchanged in its stand to resume the six-party talks without preconditions at an early date" and comprehensively implement a September 2005 denuclearization deal, a foreign ministry spokesman said.

Pyongyang walked out of the negotiations in April 2009, a month before its second atomic weapons test. But it has indicated willingness to return to the dialogue also grouping South Korea, China, Russia, Japan and the United States.

Last month the chief nuclear negotiators from the two Koreas met in Bali in the first direct and high-level talks between the rivals on the issue since the collapse of the six-party negotiations.

The surprise Bali meeting was followed by discussions last Thursday and Friday between the United States and North Korea at the United Nations in New York.

The United States gave a cautiously positive assessment of the New York meeting, saying the "path is open" to better relations if the North shows a firm commitment to disarmament efforts.

The North's first vice foreign minister, Kim Kye-Gwan, called the talks "very constructive and businesslike" but neither side said whether a follow-up meeting was planned.

The North's spokesman said Monday the "in-depth discussion" covered improving bilateral relations, ensuring stability on the Korean peninsula and resuming the six-party talks, in a "sincere and constructive" atmosphere.

"Both sides recognized that the improvement of the bilateral relations and the peaceful negotiated settlement of the denuclearization of the Korean peninsula conform with the interests of the two sides and agreed to further dialogue," the spokesman told the official news agency.

North Korea agreed in principle in 2005 to scrap its atomic weapons program in return for economic aid and major security and diplomatic benefits.

But the agreement eventually broke down, amid accusations of bad faith by both sides.

About the same time, the North also revealed an apparently operational uranium enrichment plant at its Yongbyon atomic complex to visiting U.S. experts.

Pyongyang says its new operation is intended to fuel a nuclear power plant, but senior U.S. and other officials fear it could easily be reconfigured to produce weapons-grade uranium to augment the country's plutonium stockpile.

The North, using plutonium extracted from its Yongbyon reactor, conducted its first nuclear test in 2006. It is believed to have enough plutonium for six to eight atomic bombs.

Last week's talks were the first high-level contacts between Pyongyang and Washington since Stephen Bosworth, the U.S. special representative on North Korea, went to Pyongyang in December 2009.