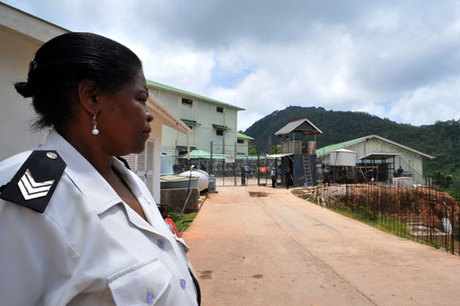 The Seychelles on Sunday transferred nine Somali pirates to serve the remainder of their jail sentences back home, the government said, taking the total transferred to more than 90.

The convicted pirates, who had been tried on the Indian Ocean archipelago, were flown back to Somalia's northern Puntland region, the interior ministry said in a statement. They add to nine flown back last week.

"The prisoners will... serve out the remainder of their sentences at the newly built Garowe prison in Puntland," the statement read.

One prisoner has just a year to go in jail, while others will remain behind bars until 2025.

"To date, the Seychelles authorities have transferred over 90 prisoners," the statement added.

Pirates have been sent to both Puntland and self-declared northwestern Somaliland.

The Seychelles, a 115-island archipelago, agreed in 2010 to accept suspected pirates arrested on the high seas and put them on trial.

However, their tiny prison has been increasingly overcrowded with convicted or suspected pirates.

Pirate attacks off Somalia have been slashed in recent years, with international fleets patrolling the Gulf of Aden and Indian Ocean, as well as armed guards being posted aboard many vessels.

At their peak in January 2011, Somali pirates held 736 hostages and 32 boats, some onshore and others on their vessels.

Today they are not holding any large boats, though they still have dozens of hostages from countries including China, India, Iran, Thailand and Yemen.