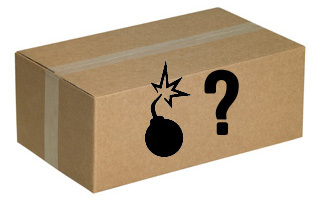 An anti-technology group calling itself "Individuals Tending to Savagery" was responsible for a package bomb that injured two university professors just outside Mexico City, a state prosecutor said Tuesday.

The office has opened investigations into both incidents, it said in a statement late Tuesday.

The explosion Monday at the Monterrey Technological Institute's campus in the State of Mexico on the outskirts of the capital Monday injured two professors, one of whom was involved in robotics research. Neither suffered life-threatening injuries.

Mexico State Attorney General Alfredo Castillo said at a news conference that the group's involvement was identified from a partially destroyed note found at the scene.

Castillo said the group opposes experiments with nanotechnology and has staged attacks on academics before.

"The ITS is a movement that, in accordance with its ideals, opposes any development of neo- or nanotechnology anywhere in the world, and they are linked to attacks in several different countries of Europe, including Spain and France," Castillo said.

He confirmed that the package had been disguised with labels from a well-known express package service, but did not say which one.

A manifesto signed by the group and posted on a radical website said: "We have no remorse, our aim was precisely for the guards to deliver the package to the intended professor," who it identified as Oscar Camacho.

The ITS statement said Camacho's "police impluses" to inspect the package triggered the detonator, adding that "there is no doubt that curiosity killed the human."

The statement said nanotechnology and other technologies damage nature and native species and contribute to natural disasters.

The groups said it had struck before, claiming it left another bomb at another university, the Polytechnical University of Mexico Valley, on May 9, with a note mentioning Camacho and the slogan "Open fire on the development of nanotechnology and those who support it!"

It was unclear whether that bomb exploded. Castillo described Monday's device as "rudimentary, one could say homemade."

The group's statement suggested the bombing would not be the last. "We will not hesitate to carry out our actions against the system of domination and against those who support and protect it," it read.

The attorney general warned universities, businesses and professional groups involved in nanotechnology to beef up their security and notify authorities of anything suspicious.

In a statement, the head of Mexico's National Association of Universities, Rafael Lopez Castanares, condemned the attack.

"I would link them (such attacks) to some type of imbalance totally foreign to the causes of universities," he wrote.