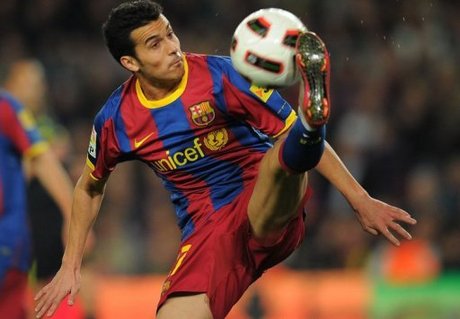 Barcelona winger Pedro Rodriguez believes Real Madrid will be "even more dangerous" this season, ahead of Sunday's first 'clasico' between the bitter rivals.

"What we want is to win the SuperCup," for a third consecutive year, the 24-year-old told the Barcelona-based sports daily El Mundo Deportivo published Wednesday.

"It is a major challenge. We measure ourselves against Madrid, and have a title at stake. They will be two games of high stress, very beautiful and competitive. It will be a great test for the team."

The Spanish and European champions face Real, last season's King's Cup winners, on Sunday in the first leg of the SuperCup, at the Bernabeu stadium, with the return leg at Camp Nou three days later.

"We will definitely play very well against them, but it is a clasico, the match in which anything can happen. The dynamics can change, so we have to start off well."

But Pedro, a key member of the Spain team that won last year's World Cup, warned that Real will be a different prospect this season.

"Real Madrid will be even more dangerous. Now the players are much more committed. It will be a tough league.

"They play very well. Above all we must watch out for counter-attacks. They have a lot of speed up front, they're difficult to stop."