ISF Arrests Criminals behind Murder of Lebanese National in Abidjan 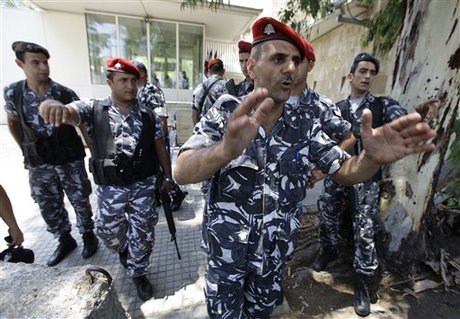 Internal Security Forces succeeded on Wednesday in arresting the criminal behind the 2013 murder of a Lebanese national residing in the Ivory Coast city of Abidjan.

They announced the arrest of the prime suspect in the murder Samir Zeidan in March 2013.

He was arrested in the southern region of al-Nabatiyeh on March 20.

The Lebanese suspect confessed to carrying out the murder with Lebanese accomplices M.H. and H.A. who live in Abidjan.

The assailants robbed the victim before killing him.

The victim had also lent the assailants money.

Authorities in Abidjan were informed of the Lebanese investigation's arrest in order to exert efforts to apprehend the suspects in the Ivory Coast.

@ibinharathreik
You are silly, stupid and brailess. Your comments are most disgusting.

I only hope that no Ivorian citizen was arrested and tortured because of a crime someone else committed.

dont hope too much...

Go back to your hole.