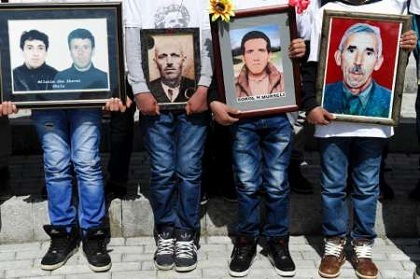 Kosovo's parliament approved on Wednesday the establishment of an international court to deal with alleged crimes committed by ethnic Albanian guerrillas during the 1998-1999 war with Serbia.

The vote came amid a mounting pressure on Pristina to back an EU call to create a special court to address the allegations detailed in a 2011 Council of Europe report on crimes committed by pro-independence ethnic Albanian Kosovo Liberation Army (KLA).

The report by the Council's special rapporteur Dick Marty said the KLA, which fought Serbian armed forces during the war, should be held accountable for abductions, beatings, summary executions, and in some cases, the removal of human organs of non-Albanian prisoners.

According to the report, the prisoners, some 500, were mostly ethnic Serbs and Romas.

The decision on the court was adopted by 89 votes in the 120-seat parliament with 22 against and two abstentions.

Before the vote, prime minister Hashim Thaci had urged lawmakers to support the creation of the court in order "to clear the Kosovo's name over unfair claims made in Marty's report".

Thaci said such a court was "unjust and the greatest insult" to Kosovo but insisted it was "the only option" to prevent the establishment of a U.N.-sponsored tribunal dealing with war crimes committed during the Kosovo conflict.

The court would be seated in Pristina, but "sensitive proceedings, including hearing of witnesses, would take place outside of the country in view of the nature of the allegations," the EU mission in Kosovo said in a statement.

But the plan has stirred strong emotions in Kosovo, where many consider KLA guerrillas as heroes.

"It is unacceptable. We urge MPs to respect our holy war and vote against the court," said the head of the war veterans association, Muharrem Xhemajli.

"The proposal to establish a special court... is Kosovo's chance to advance justice and individual accountability for very serious crimes," HRW official Lotte Leicht said in a statement.

The two-year war ended when a NATO air campaign ousted Belgrade forces under the command of late strongman Slobodan Milosevic from Kosovo.

Kosovo's unilateral proclamation of independence from Serbia in 2008 has been recognized by more than 100 countries, including the United States and most of the European Union's 28 member states.

Serbia, backed by Russia, fiercely refuses to recognize the moved, but has nevertheless moved to improve ties with Kosovo for the sake of integration with the European Union.