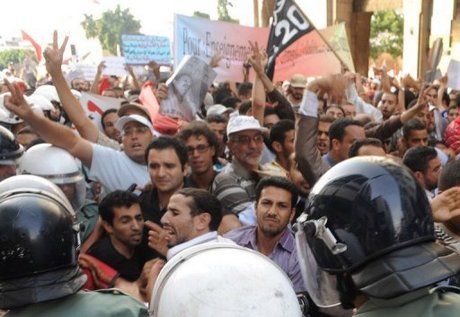 Morocco said Tuesday it will hold early parliamentary elections on November 25, as the Arab world's longest-serving monarchy pursues reforms in response to protests inspired by the Arab Spring.

The elections "will take place on Friday, November 25 following an agreement with the political parties," Interior Minister Taieb Cherkaoui was quoted as saying by Moroccan news agency MAP.

Morocco had announced plans on Sunday to hold early parliamentary elections in mid-November, without giving a date.

During long negotiations with the interior ministry, officials from some 20 political parties in the North African nation agreed in principle for the election to be held in mid-November.

Voters overwhelmingly approved a package of reforms limiting the powers of King Mohammed VI in a July 1 referendum.

Cherkaoui said consultations with the pro-government and opposition parties would continue, covering all preparations for the vote.

The last parliamentary elections were held in September 2007 and the coming vote, which should have taken place in the autumn of 2012, was brought forward due to the adoption of a new constitution in the July referendum.

Proposed by the king, the constitution will give a greater role to the prime minister and grant more public freedom while preserving the pre-eminence of the sovereign.