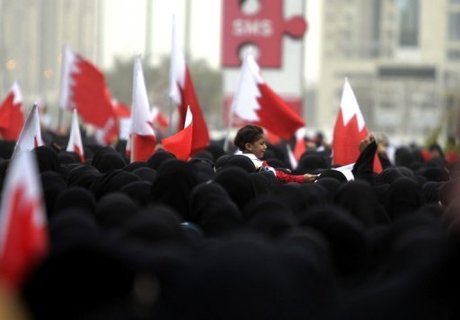 A commission probing Bahrain's crackdown on Shiite-led protests said Tuesday it has closed its office after being stormed by people angered by media claims it has cleared authorities of crimes against humanity.

The Bahrain Commission of Inquiry said in an emailed statement that it will continue its investigation from outside the office, insisting that claims in the media were unfounded.

BICI "would like to clarify that it has not made any such determination," it said, insisting that its "investigation is ongoing and will continue until all relevant evidence has been gathered."

The panel of foreign experts which was set up by King Hamad in June was responding to claims in press that its head, Cherif Bassiouni, has said that the commission found the government of Bahrain committed no crimes against humanity in its crackdown on demonstrations.

The commission said that it will continue to accept statements by alleged victims through email after hundreds of people angered by the claims in the media stormed its premises on Monday.

"The commission remains committed to its mission to investigate the events in February and March," when the Shiite majority led pro-democracy protests against the regime of Sunni al-Khalifa ruling family, before authorities staged a heavyhanded clampdown on protests in mid-March.

"We would like to assure the public that none of its staff have resigned as a result of recent events. Though our office is temporarily closed, the work will continue," the commission said.

"Our staff will continue its investigation and will issue a report with recommendations as scheduled, as per our mandate," it added.

In addition to Bassiouni, who is an international expert in criminal law, the panel includes Philippe Kirsch, a Canadian lawyer and former president of the International Criminal Court (ICC), and Sir Nigel Rodley Simon, member of the U.N. Commission for Human Rights.

Twenty-four people died during the repression of popular protests between mid-February and mid-March, according to official figures from Manama. Four protesters have since died in custody.