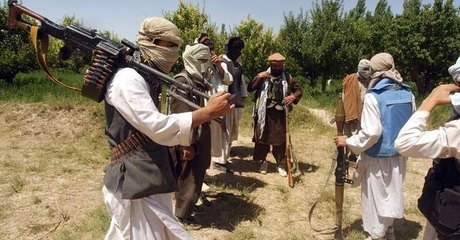 At least five militants died during a shootout between rival factions in a restive Pakistani tribal region near the Afghan border Tuesday, militant and intelligence sources said.

"Two militants from Sajna and three from Hakimullah Mehsud group have been killed in the exchange of fire between the two factions. Three other people have been injured," an intelligence official told AFP.

Sources in the rival militant groups also confirmed the attack.

"The fight was temporarily halted after local elders asked the two groups for a ceasefire to take out the dead bodies and rescue the injured," a militant source said.

Infighting between different Taliban factions has killed dozens of people in the area in recent weeks.

The latest attack comes weeks after the Pakistani Taliban formally ended a ceasefire called to promote talks with the government. These negotiations were aimed at ending the militants' bloody seven-year insurgency.

Prime Minister Nawaz Sharif's government began negotiations with the TTP through intermediaries in February, with the ceasefire beginning March 1.

Since the TTP rose up against the Pakistani state in 2007, more than 6,800 people have been killed in bomb and gun attacks around Pakistan, according to an AFP tally.

Violence erupted last month between the Sajna and Mehsud factions, both part of the TTP.

The feud began after Sajna, a senior commander, was rejected for the TTP leadership following the killing of then-leader Mehsud last November, militants say.