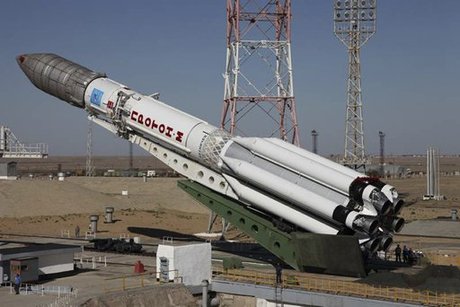 The loss of a communications satellite, touted as Russia's most powerful, deals a "severe blow" to the country's telecommunications industry, officials said Friday.

The Express-AM4 satellite was launched at 1:25 am Thursday (2125 GMT Wednesday) from Russia's Baikonur cosmodrome in Kazakhstan to provide digital television, telephone and Internet services across Russia.

Shortly after the launch connection was lost and Russia's space agency Roskosmos said Thursday that it was still trying to locate the orbiter.

The communications ministry acknowledged in a terse statement that the satellite's possible loss dealt a "severe blow for the telecommunications industry."

The satellite was supposed to provide digital broadcasting, video-conferencing, data transfer, and Internet access over "almost the entire territory of Russia, including the remote regions of the Far East," the ministry said.

Its 15-year lifespan is also much longer than that of regular Russian satellites, and it was a major part of a government plan to develop television broadcasting in Russia in the next six years, the ministry said.

"The plan's deadlines will not be adjusted," and instead of the satellite, on-ground networks would have to be used, it said.

Roskosmos space agency on Friday declined to confirm whether the satellite was permanently lost or if it failed to detach from the upper stage rocket, which was located Thursday evening. It should have separated as planned on Thursday morning.

But a Roskosmos source told Izvestia newspaper that the satellite has "most likely fallen onto Earth already."

Newly appointed Roskosmos chief Vladimir Popovkin recently announced that Russia would like to reduce its focus on manned flights and engage in more commercially rewarding spheres such as telecoms and Internet satellite launches.

Losing the Express-AM4 would be a major blow to the Russian space program and the new management of Roskosmos. Popovkin's predecessor Anatoly Perminov was sacked in April after three navigation satellites missed their orbit and crashed into the ocean.