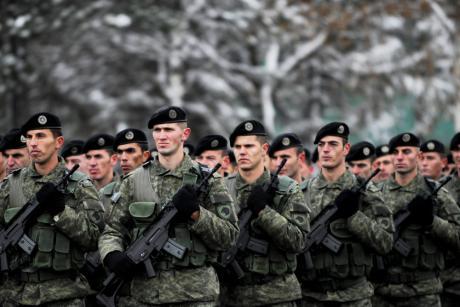 The European Union on Thursday agreed to extend its sensitive law and order mission in Kosovo by two years until June 2016.

The 2,000-strong EULEX unit was launched in 2008 just months after Kosovo broke away from Serbia in order to strengthen the rule of law in the territory.

Its prosecutors and judges are empowered to independently tackle sensitive cases that cannot be handled effectively by the local judiciary.

In a statement, the EU said the caseload handled by its magistrates would be reduced during the new mandate "given the development of local authorities."

Instead, the mission will now focus on "capacity building throughout Kosovo, security and the implementation of agreements reached in the Belgrade-Pristina dialogue in the north," the statement said.

Kosovo's war ended in June 1999 after a NATO air campaign ousted the security forces of then Serbian strongman Slobodan Milosevic, paving the way to Pristina's unilateral declaration of independence from Serbia.

Ex-guerilla chief and prime minister Hashim Thaci is currently seeking coalition partners to form a government after his party failed to win outright in a snap election last week.

The vote passed peacefully, with Serbs in Kosovo's restive northern region taking part for the first time in a general election, which could give a boost to the country's hopes of starting EU accession talks.