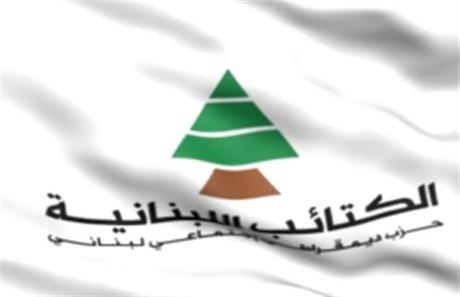 The Kataeb Party on Monday warned of prolonging the current political impasse in the country in light of the “dangerous incidents in Iraq,” urging the immediate election of a new president.

In a statement issued after the weekly meeting of its political bureau, the party said it discussed “the latest dangerous incidents in Iraq” and “the proliferation of fundamentalist movements in the region.”

Kataeb warned that it would be “a crime against the country” to stand idly by “in the face of the vacuum that is shaking the pillars of the constitutional institutions, especially the presidency.”

“As the Kataeb Party cautions against the current threats, it urgently calls for taking immediate steps to elect a president in order to restore the proper functioning of all state institutions,” the party added.

It said that putting an end to the political deadlock would allow the state to “embark on taking precautionary measures domestically and on the border, to prevent any repercussions or aftershocks resulting from the tense regional situation and to confront the the ferocious perils with a high level of cohesion, solidarity and unity.”

Tensions soared in the region after militants led by the extremist Islamic State of Iraq and the Levant seized vast swathes of Iraqi territory in a lightning offensive last week and started marching toward the capital Baghdad.

Lebanon has been plunged into a leadership vacuum after Michel Suleiman's presidential term ended on May 25 with rival political blocs still divided over a new leader. Over the past two months the parliament convened five times to try to elect a successor to Suleiman but failed due to lack of quorum.

Separately, the Kataeb Party hoped the Rome international meeting for supporting the Lebanese Army would represent “a proper framework for assisting the military institution and enhancing its capabilities to enable it to preserve stability, protect the border and face any fallout from the region's events.”

The party also called for finding “a satisfactory solution to the new wage scale row in a manner that would safeguard Lebanon's economic system and financial situation.”