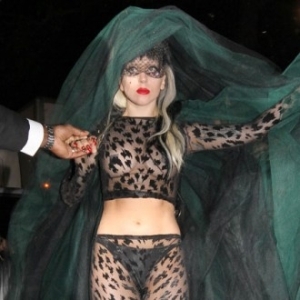 China has banned 100 songs from being featured on websites, barring artists ranging from Lady Gaga to the Backstreet Boys apparently for being out of tune with the country's cultural authorities.

The ministry of culture said it aimed to regulate the "order" of the Internet music market, adding songs that "harm the security of state culture must be cleaned up and regulated under the law".

The notice, issued on August 19 and posted on the ministry's website, included American singer Lady Gaga's "The Edge of Glory", "Hair", "Marry the Night" and "Bloody Mary".

It did not explain why the songs were banned but China routinely censors anything it considers politically sensitive or offensive.

Lady Gaga's "Bloody Mary" ends with the line "Oh, libertad, mi amor (Oh, freedom, my love)", while "Hair" includes the lyrics "This is my prayer/ That I'll die living just as free as my hair".

Teng Jimeng, a professor of American studies at Beijing Foreign Studies University, said that sex, politics or religion could put a song on the black list but even songs about "youthful independence" may run afoul of censors.

"Sexuality should be avoided, and politics," he said.

But he saw the move as part of a broader tightening of controls over culture given the revolts in the Arab world, which have worried Beijing.

"It's part of a cyclical chill in terms of cultural control," he said.

Boy band The Backstreet Boys, American R&B singer Beyonce, Canada's Simple Plan and British pop group Take That all had songs on the list -- the third to be issued by China's government.

China, which regards Taiwan as part of its territory, temporarily banned her from mainland performances and pulled her product advertisements.

Songs placed on previous blacklists include Avril Lavigne's "What the Hell" and the Rolling Stones' version of "It's All Over Now" which dates to the 1960s.

Since 2010, China has required all songs posted on music websites to receive prior approval, in a move the government said was aimed at controlling content and rampant piracy.

Pirated music in China is said to account for as much as 99 percent of all downloads, according to industry estimates.

Authorities have blocked some foreign bands from giving live performances in China, or at least scrutinized set lists in advance to nix songs considered offensive.

The culture ministry reportedly axed the Rolling Stones' sex-and-drugs anthem "Brown Sugar" from the set list when they played Shanghai in 2006.

The official squeamishness over headline foreign performances was heightened when Iceland's Bjork closed a 2008 Shanghai show by shouting "Tibet!" at the end of her song, "Declare Independence".

China going backwards again with their censorship, people should be thankful that the US is still the world superpower because China would probably support every ruthless dictatorship it could to keep stability and business relationships.