Abou Faour Deems Dialogue a Must to End Presidential Deadlock 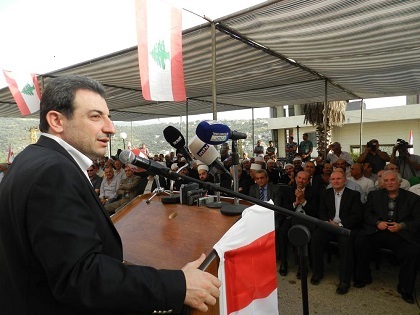 Health Minister Wael Abou Faour stressed on Sunday the presidential poll is the “hostage” of personal and political disputes, hailing efforts exerted by Progressive Socialist Party leader Walid Jumblat to narrow the differences between the political arch-foes through dialogue.

“Jumblat is seeking consensus (among the rivals), as holding onto the same presidential candidate will only inflict further division and the presidential vacancy is doomed to go on,” Abou Faour, who is the aide of the PSP chief, said.

The minister warned that the ongoing vacuum will impose great threats that would make the country slip into abyss.

Jumblat wants to facilitate the dialogue that the country desperately needs, in particular, between Speaker Nabih Berri, who is AMAL movement leader, and al-Mustaqbal movement chief Saad Hariri, Abou Faour pointed out.

“Hariri and Berri and the main national guarantees for this country,” the minister said.

He has said that he mediated to bring AMAL movement and al-Mustaqbal movement closer.

The PSP chief said in his remarks that he made his initiative out of his conviction that “we can't resolve our problems and hold the presidential elections without dialogue.”

You are all a bunch of corrupt sectarians.