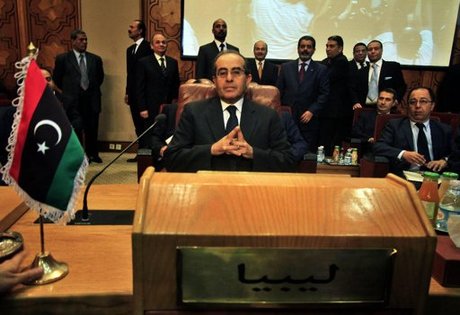 "Mr. Medelci met with Mahmud Jibril on the sidelines of the Arab League meeting in Cairo which has just taken place," foreign ministry spokesman Amar Belani said in a statement, adding that the meeting had been initiated by Jibril who is the number two in the rebels' National Transitional Council.

The two men discussed "the latest development in Libya, the outcome of the last African Union peace and security council meeting on Libya as well as the need to preserve the unity of the Libyan people and to hasten the return of a lasting peace through a peaceful, inclusive and democratic transition."

Algeria, which shares a long border with Libya, has not recognized the National Transitional Council (NTC), and held back from calling for the departure of Moammar Gadhafi before he was toppled by the rebels.

It has, however, frozen the assets of Gadhafi and his family as recommended by the United Nations.

A spokesman for the rebels criticized Algeria on Sunday over its refusal to grant recognition, saying the government would have to justify its stance.

Algeria was targeted Friday by a double suicide bombing which killed 18 people and wounded 26 in an attack on a military training academy.

The bombing was claimed Sunday by Al-Qaeda in the Islamic Maghreb which specifically accused Algeria of supporting Gadhafi's regime.