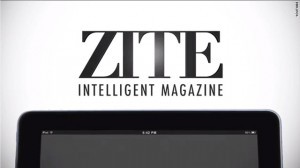 CNN has acquired Zite, an iPad service that learns about readers' tastes and customizes a digital magazine with stories from hundreds of different websites.

"This is a product that people love," Estenson said. "It just needs to be in the hands of more people."

Zite delivers different editions to different readers based on their individual interests. After downloading Zite's free iPad application, readers can specify certain topics they want to read about, such as stories about the Pittsburgh Steelers or Lady Gaga. The magazine is programmed to learn more about readers over time, based on the kinds of stories that they tend to click on.

The same technology may be used to help CNN customize its news on the iPad and other mobile devices, Estenson said.

Zite, which is based in San Francisco, started a specialty search engine called Worio six years ago. Drawing upon some of Worio's research, Zite unveiled its magazine for the iPad in March. It had 125,000 downloads in the first week; the company would not provide a more recent number.

It has been overshadowed so far by Flipboard, another iPad magazine that customizes editions by analyzing the links shared within readers' networks on Facebook and Twitter. Yahoo Inc. also is trying to personalize the news for tablet computers with a service called Livestand; the company says it will be ready before the end of the year.