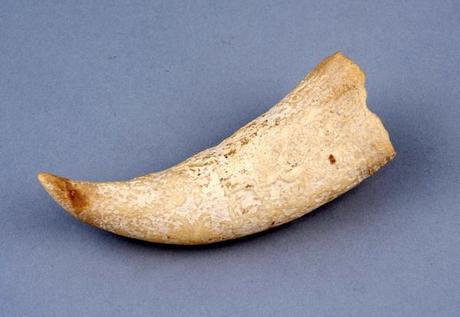 The tooth fairy in disguise? No, just a simple tooth thief.

A man dressed in a black leather hat and a dark coat on Wednesday ran off with an eight-foot (2.5 meter) whale tooth from a museum in the Norwegian city Stavanger.

The incident has been reported to police, who are searching for the thief.