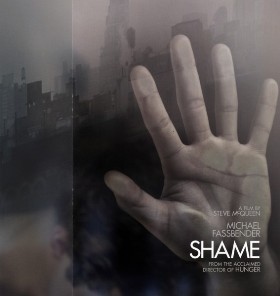 For British director Steve McQueen, there was no better place than Manhattan to film "Shame," his new film that portrays the life of a 30-something sex addict, played by Michael Fassbender in often graphic detail.

"Excess and access. New York is the place," McQueen said Sunday ahead of his second film's world premiere in competition at the Venice Film Festival.

Fassbender's Brandon has no trouble indulging his appetite, be it over the Internet, in his workplace toilet, nightclubs, city streets, or even the Standard Hotel, which has gained notoriety on its own as a showcase for exhibitionists due to its floor to ceiling street-facing windows.

"If you stay at the Standard Hotel, there is a little card that says, 'Please refrain from undressing at the window.' I think it is obviously a tempting proposition when you have a building and a beautiful platform like that, to use it any way you want," co-screenwriter Abi Morgan said.

Brandon manages even a nonphysical sexual encounter with a beautiful woman on the subway, with the pair transmitting their desire through intense stares.

"Just have to jump into it," Fassbender said. "The most important thing, I suppose, is just make sure that everybody involved is comfortable, and just sort of go for it so you don't have to do too many takes."

This is the actor's second film with McQueen — after 2008's "Hunger," which won the new director's prize in Cannes — and his second film screening in competition at the 68th Venice Film Festival this year.

He walked the red carpet earlier in the festival for his role as psychoanalyst Dr. Carl Jung in David Cronenberg's "A Dangerous Method," a random juxtaposition that raises the question: Might Jung have had a cure for Brandon?

Carey Mulligan plays Brandon's eccentric and flighty sister, Sissy, whose arrival on a visit upends her brother's tightly organized life. The siblings, it is revealed, shared a troubled childhood — the details of which are never disclosed — that Brandon would just as soon leave behind but which Sissy is determined binds them even tighter.

Mulligan's Sissy performs a soulful version of "New York, New York," sung ever so slowly and deliberately, bringing her otherwise outwardly stoic brother Brandon to tears that he tries to conceal.

McQueen said he thinks the lyrics are actually very sad, and he wanted to try to reinvent the song best known for upbeat renditions popularized by Frank Sinatra and Liza Minnelli.

"I think Carrie obviously did a marvelous job, and of course Michael's reaction was tremendous. It was an extraordinarily emotional day when we recorded that," he said.

The slow, deliberate delivery of the song is repeated elsewhere in the film in slowly revealed scenes that take time to expose the characters' emotions.

McQueen, an award-winning video artist, has participated in the Venice Biennale before — in the contemporary art section. Two years ago, McQueen's work was the British entry in the art show across the lagoon from the Lido.

"As far as the art work or feature film work, I think there is no barrier between the two," McQueen said. "It's the same process, but just as one might be long, narrative and such, the other is less so. It's work. That's all."

The film festival's grand prize, the Golden Lion, will be awarded Sept. 10.