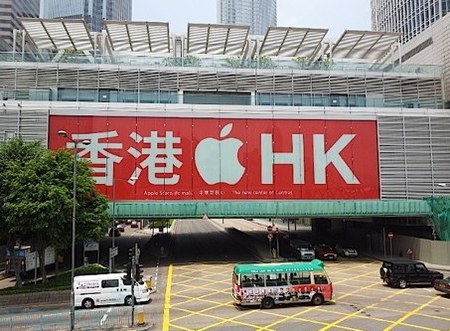 Hong Kong's first Apple Store appears to be nearing completion after builders this week removed scaffolding from the shop's exterior windows to reveal a giant sign with the company's logo.

Carolyn Wu, a Beijing-based spokeswoman for Apple Inc., confirmed that the store would open soon but would not comment further.

Chief Financial Officer Peter Oppenheimer said in an earnings call on July 19 that the Hong Kong shop would be one of 30 planned to open in the September-October quarter.

The store will be located in Hong Kong's International Financial Center Mall, in the city's central business district.

Apple products are popular in mainland China, where it already has four stores.