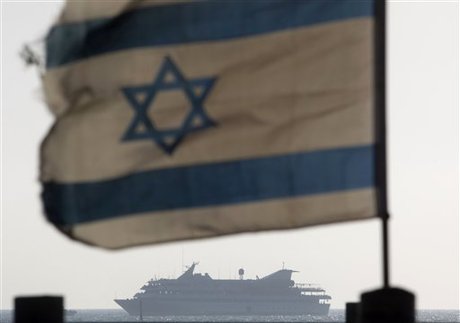 Israel will not apologize to Turkey for a deadly May 2010 raid on a Gaza-bound flotilla and will not lift its blockade on the Gaza Strip, an Israeli minister insisted on Wednesday, as ties with Ankara sank to new lows.

"Israel defends its interests and its government will not apologize," said Israel Katz, Israel's transport minister and a member of Prime Minister Benjamin Netanyahu's Likud party.

Katz, who spoke on Israeli public radio, made the comments a day after Ankara reiterated it was suspending military deals with the Jewish state and Turkish Prime Minister Recep Tayyip Erdogan repeated that he would seek to visit the Gaza Strip.

Ties between Turkey and Israel, once close allies, have been in crisis in recent days over Israel's 2010 raid on Gaza-bound aid flotilla, which left nine Turkish citizens dead.

Relations had already frayed over the incident but tensions reached new highs last week after the U.N. published a report on the raid, accusing Israel of using excessive force during the operation, but endorsing the Jewish state's naval blockade on Gaza.

Turkey responded angrily to the report, announcing the expulsion of Israel's ambassador and suspending military agreements with the Jewish state.

The report's publication had been delayed several times while the two countries tried to patch up relations. Ankara had called on Israel to offer an apology for the raid, compensation and to lift the blockade on Gaza, terms all rejected by the Israeli government.

On Wednesday, Katz reiterated that the Gaza blockade would not be lifted.

"Israel maintains its naval blockade of Gaza to stop the transfer of weapons to terrorists from Hamas," he said, referring to the Islamist movement that rules the coastal territory.

Israel has accepted the U.N. report, with some reservations, but Turkey dismissed its findings and has threatened to lodge a legal case against the Jewish state before the International Criminal Court.