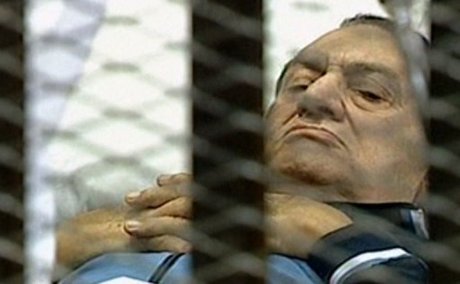 The trial of Egyptian ex-president Hosni Mubarak reopened Wednesday, state TV said, with new witnesses set to be questioned over the deaths of hundreds of protesters in the revolt that ousted him.

The latest hearing is the fourth in the trial which opened on August 3 and, unlike the first two sessions, the process is being held behind closed doors and off-camera.

Television footage showed the ailing 83-year-old arriving at the courtroom in an ambulance and on a stretcher, as for the earlier sessions.

But there were no reports of any trouble between his supporters and opponents outside the court as on Monday, when police arrested 20 people who clashed before he appeared at the court.

At the last court session on Monday, none of the witnesses that gave evidence implicated Mubarak for the deaths during the revolution against his three decades of autocratic rule.

Mubarak denies the charges. His trial, which began on August 3, followed months of protests demanding justice for the roughly 850 killed during the January and February revolt that ended his regime.

The trial is being held in a police academy once named after Mubarak on Cairo's outskirts.