John Wayne Memorabilia to Go Up for Auction 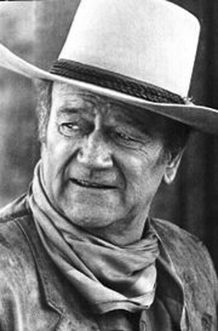 Cowboy hats, costumes and saddles from actor John Wayne's estate are among the items that will go up for auction in Los Angeles next month.

Heritage Auctions spokesman Donn Pearlman on Tuesday said the auction will include more than 700 personal and professional items, including an eye patch Wayne wore in his Oscar-winning performance in "True Grit."

The auction will take place Oct. 6 and Oct. 7 at the Hyatt Regency Century Plaza Hotel in Los Angeles.

Public exhibitions are planned in Dallas and New York later this month.