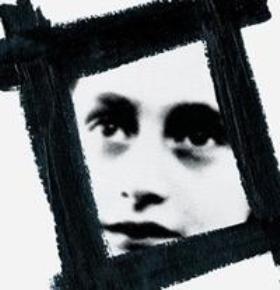 Seventy years after the Nazis encircled Leningrad, the diary of a teenage girl chronicling the World War II siege has been published, sparking comparison with Anne Frank.

In May 1941, Leningrad teenager Lena Mukhina started writing a diary, pouring out her hopes and fears, her crush on a classmate called Vladimir and worries about bad marks.

But months later after the Nazis invaded, the city was besieged, and Mukhina's diary became a chronicle of hunger, desperation and death. Now her diary has been discovered in a state archive and published in Saint Petersburg.

"Today I turned 17. I'm lying in bed with a temperature and writing... Aka (a family friend) this morning brought my 125 grams of bread and 200 grams of sweets. I've already eaten almost all the bread and the sweets have to last for 10 days," she wrote on November 21, 1941.

The siege began on September 8, two months after the Nazi invasion, swiftly followed by rationing and cuts to public transport and heating. It was not to be fully lifted for almost 900 days.

Soon the family's situation became desperate, as rations were cut to starvation levels. In a grotesque entry, Mukhina writes that they killed the family cat and cooked it.

"Today we had delicious soup with meat and macaroni. The cat meat will be enough for two more meals... It would be good to get hold of another cat somewhere. I never thought cat meat would be so good and tender," she wrote on December 18.

At the same time, Mukhina continued to fret about her school marks -- "You could say that things at school are rubbish. I have neglected geometry, I got a bad mark in the algebra test," she wrote the same day.

She also wrote about her tentative feelings for schoolmate Vladimir, nicknamed Vovka. "I just can't forget Vovka. I dream of him every day. Did I really love him? I still can't work it out," she wrote on November 27.

Soon afterwards, the two women Mukhina lived with -- her adoptive mother and a woman named Rozalia, believed to be a former governess of English origin -- both died, after becoming bedridden, too weak to continue searching for food.

"Yesterday morning my mother died. I am alone now," she wrote in a single line on February 8, 1942.

The diary ended abruptly on May 25, 1942, as Mukhina wrote that she hoped to be evacuated.

The diary was handed into a state archive in 1962 by an unknown donor, according to historian Sergei Yarov of the European University at Saint Petersburg, who discovered it and pushed for its publication.

He compared the book to the world-famous diary of Anne Frank, written in hiding in the Nazi-occupied Netherlands before her capture and death in a concentration camp.

Publisher Alexei Gordin said the diary "was one of those books that you simply cannot but publish," as the book, titled "Preserve My Sad History" was presented in Moscow on Wednesday.

In a remarkable twist to the story, the publishers managed to trace relatives of Mukhina in Moscow and discovered that she had survived the siege, but had died in 1991 at the age of 66, leaving no family, and without ever mentioning the diary's existence.

"I knew she was in the siege, but she never used to talk about that. I had never heard anything about the diary," her first cousin once removed, Tatyana Musina, told Agence France Presse at the presentation.

"In the diary she appeals to the people who might find her diary if she died, asking them to give it to relatives so they could read what torment she went through.

"And really, it turned out that 70 years later, we read all this and we cried. My sister and I cried when we read it. I think it's an amazing thing."