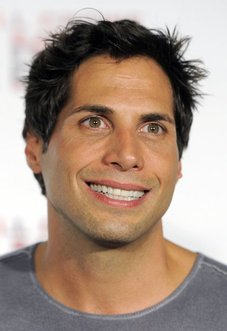 A state judge threw out a criminal theft and bad check indictment against the soft-porn mogul that involved the Wynn Las Vegas resort. Because the casino waited 16 months to redeem a casino marker, or IOU, the judge ruled that Wynn and prosecutors lost their chance to prove Francis committed a crime.

Unpaid casino markers are treated in Nevada like bad checks under a state law that allows prosecutors to file criminal charges and collect a percentage of any settlement.

"The presumption of fraud does not apply," Clark County District Court Judge Linda Marie Bell said in the ruling. "Mr. Francis had sufficient funds in his account to cover the marker at the time it was issued."

After the dismissal, Francis told The Associated Press that he wants to go after the casino and its billionaire chief executive, Steve Wynn, for false prosecution stemming from the May 2007 casino debt. He issued a news release proclaiming the court victory.

"They did stuff that if you or I did it, we'd be in jail," Francis said in an interview. "They manipulated the entire process."

Wynn won a civil lawsuit against Francis in 2009 over the debt, but an appeal was pending in Nevada Supreme Court. It was not immediately clear whether Wednesday's ruling would affect that case.

Francis' attorney, David Houston of Reno, said he believed the ruling showed that the criminal case never should have been filed. He said that prosecutors failed to present even "slight" or "marginal" evidence to suggest Francis had committed a crime.

"The Wynn Group's heavy-handed approach to collect money from Mr. Francis has failed utterly and completely," he said.

The casino debt case was one of several legal issues facing Francis, a businessman who made millions of dollars marketing videotapes featuring young women flashing their breasts.

He was charged in August with misdemeanor assault and false imprisonment in Los Angeles for allegedly attacking a woman he met at a Los Angeles club in January. He said witnesses and evidence would exonerate him in the case, which was pending.

In 2008, Francis pleaded no contest to child abuse and prostitution charges in Florida after spending nearly a year in jail. He later won a civil case filed by women who claimed he had caused them emotional distress by making them flash their breasts for some of his videos.

In November 2009, Francis was sentenced to time served and a year of probation for filing false income tax returns and bribing jail workers in Nevada.