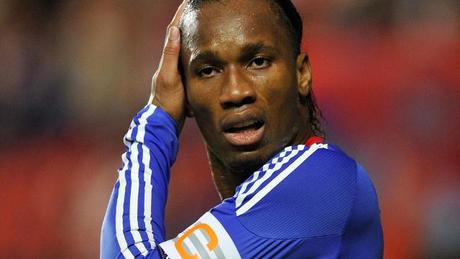 Drogba was concussed in a collision with Norwich goalkeeper John Ruddy during Chelsea's 3-1 victory on August 27 and has yet to return to action.

The 33-year-old resumed full training with Chelsea's first team squad on Friday, but Villas-Boas believes the trip to Old Trafford had come a week too soon for Drogba.

That leaves Villas-Boas to select Fernando Torres, Nicolas Anelka or Daniel Sturridge as the central figure in his attack against the in-form champions.

Villas-Boas also has a concern over the substitute goalkeeping position as both Ross Turnbull and Hilario - who are competing to deputise for first-choice Petr Cech - have been struggling with injuries.

Hilario suffered a hip injury this week and Turnbull is working his way back to fitness after several weeks on the sidelines, but Villas-Boas expects at least one of them to recover in time for the United game.

"Hilario took a big knock to his hip. He went for a scan and we are trying to discover the extent of injury. Turnbull is 80 percent fit after recovering from injury in a reserve game. One of them will be on the bench," Villas-Boas added.