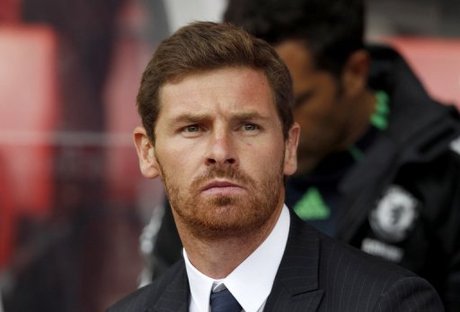 Chelsea manager Andre Villas-Boas insists his side will still be firmly in the Premier League title race even if they lose Sunday's showdown with Manchester United.

United have made a sensational start to their bid for a 20th English title, scoring 18 goals to surge to the top of the table, while Villas-Boas's team have been rather more subdued.

Chelsea are still undefeated under their Portuguese coach, with three wins from four matches, but the prosaic manner of their performances is a stark contrast to the champions' vibrant form.

Villas-Boas's team would fall five points behind United if they return home empty-handed this weekend, but the 33-year-old is adamant history proves that would be no reason to panic.

Recalling United's epic comeback from 12 points behind leaders Newcastle to win the title in 1996, Villa-Boas said: "Whatever happens on Sunday won't dictate the Premier League table for the rest of the season.

"It is the fifth game of the season, very early stages. No manager should be judged on five games of the season.

"People should focus on statistics that show what happened in the history of the Premier League, like that Man United team recovering the crazy amount of points they were behind Newcastle all those years ago."

Villas-Boas is still fine-tuning Chelsea's style under his leadership but it is safe to assume he would love to emulate United's dominant displays, which included an 8-2 demolition of Arsenal, and he had no qualms about praising his rivals' flowing football.

"It is for all of us to praise when any team in the world starts a league like that. It is impressive," he said.

"It is great for the fans to be able to enjoy the goals when a team starts like United or even Manchester City.

"You always see them as a major threat for the title and in Europe of course. We would prefer to have been level on points with them by this stage but it didn't happen."

Villas-Boas's first meeting with United will be a proud moment for the Blues boss and he admits the prospect of pitting his wits against such an iconic figure as Sir Alex Ferguson would have seemed impossible when he was growing up back home in Porto.

"I could never imagine this. I was too young to know him when he took charge of Man United in 1986. I was in love with my Porto," Villas-Boas said.

"I didn't have enough football knowledge then. The English football didn't even play on television in Portugal.

"My love for English football started when the Premier League was broadcast more. The first big impact team that I remember studying is the Blackburn team that won the title."

Villas-Boas's time as Chelsea's opposition scout under Jose Mourinho gave him plenty of opportunity to study his compatriot's love of mind games and Ferguson's ability to put pressure on opponents and officials.

But, while some dub Villas-Boas as "the ginger Mourinho", the man himself believes such dark arts have little impact on matches.

"It is for us managers to try to motivate the talent in players, but our percentage of influence is always small. Nothing that I say or do will change the nature of the game," he said.

"I don't think it is two managers facing each other. In my vision of football it just doesn't play like that. Our importance in the game is minimum."

After leading Porto through an unbeaten league campaign last season, Villas-Boas knows he could suffer a league defeat on Sunday for the first time in 17 months.

"There is always the prospect that I might lose any game I play," he added.

"Percentages in football are always 50-50. There is nothing new in that. Hopefully I can motivate my players to win."