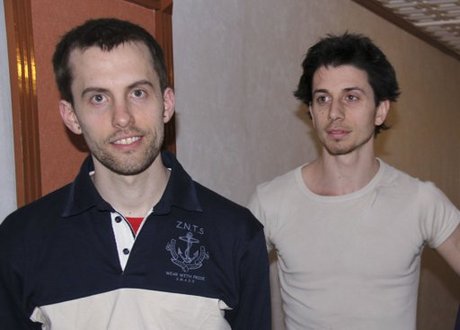 "We passed messages to the Iranians at all levels, from the president himself to the prime minister to the foreign minister," Zebari said, referring to President Jalal Talabani and Prime Minister Nouri al-Maliki.

"I have carried a number of messages. We have urged the Iranian authorities to release them as a goodwill gesture, for humanitarian reasons.

"Recently, they (Iran) have announced they will release them, but until they are released, we have heard previous pledges to release them but nothing happened. This time it seems more genuine."

Zebari added that he hoped the two would be released soon, and said that there was "more cause for optimism this time."

President Mahmoud Ahmadinejad said in interviews on Tuesday that hikers Josh Fattal and Shane Bauer, who have been held in Iran for more than two years, would be released imminently.

But Iran's judiciary, which is dominated by ultra-conservatives, said that no decision has yet been taken to free them.

Iran convicted the young Americans of spying but they insisted they were stopped as they were hiking in the border area with Iraq.

A third hiker, Bauer's fiancee Sarah Shourd, was released on bail in September 2010.

U.S. Secretary of State Hillary Clinton said on Thursday she was confident Iran would free Fattal and Bauer, and rejected concerns about the delay in their release.

The United States has tense relations with Iran dating from the 1979 Islamic revolution.

Western powers accuse Iran of seeking nuclear weapons, although Tehran says its atomic program of uranium enrichment is for peaceful purposes only.