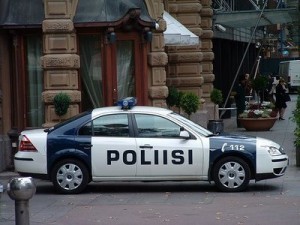 "Police have begun an inquiry into a suspected case of financing and recruiting for a terrorist activity," the National Bureau of Investigation said a statement on the arrests carried out last week.

"On September 7, two people were arrested at the start of the preliminary investigation," it said.

Police added the two were still in custody and that searches had been carried out at several homes and locations in the capital Helsinki.

The searches and arrests came after a long period of surveillance by the intelligence services.

In January, Finnish intelligence said it was keeping an eye on "several dozen" inhabitants of the Nordic country with contacts with the radical Shebab Islamist group in Somalia.

"There is a small group of people who are in contact with Al-Shebab," Supo spokeswoman Liinu Lehto-Seljavaara told AFP at the time. "We have said there are a few dozen contacts that we have identified."

Friday's statement gave no indication of the affiliations or origins of the suspects arrested less than a week after police in neighboring Sweden arrested four people with reported links to the Shebab on suspicion of planning an attack in the city of Gothenburg.

A count of terrorism against the four has since been withdrawn, but they still face charges for planning murder.