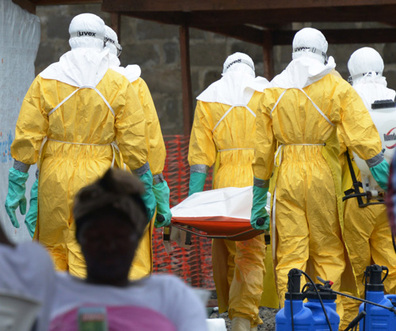 Rwanda lifted Thursday Ebola travel restrictions on travelers who had been in the United States and Spain after the president publicly told the health minister it was not necessary.

Health Minister Agnes Binagwaho had this week ordered all travelers who had been in the United States and Spain within the past three weeks to send updates to her ministry each day they are in Rwanda.

But President Paul Kagame, in messages posted on Twitter, said the restrictions had been lifted, adding that the minister had "sometimes acted first and thought later", whereas it should be the "other way round."

Visitors who have been to Guinea, Liberia and Sierra Leone within the last 21 days are barred from entry to Rwanda, which is screening all arriving travelers for Ebola.

Rwandan citizens who have traveled to the three west African countries are placed under quarantine on arrival.

The deadliest-ever outbreak of Ebola has claimed more than 4,500 lives in west Africa, and experts warn the rate of infections could reach 10,000 a week by early December.

There have been isolated Ebola cases of health workers in the United States and Spain, who caught the virus from those infected in west Africa.