Amnesty: Stop the Killing or Risk Civil War in Yemen 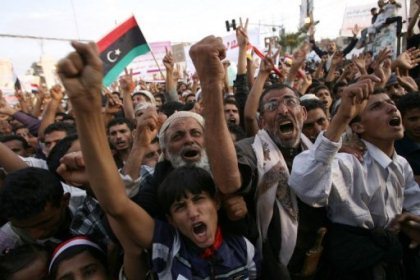 Amnesty International said on Monday that the authorities in Yemen must stop killing anti-regime protesters immediately or risk civil war.

"The Yemeni authorities must immediately stop the killing of peaceful protesters by security forces," the London-based rights group said in a statement following reports that dozens of people have been shot dead in the capital Sanaa since Sunday.

"The Yemenis must stop the use of excessive force before the violence spirals out of control."

At least 53 people have been killed in Sanaa since Sunday in violent clashes between unarmed protesters, government security forces, and dissident troops in one of the deadliest 24 hours since anti-government protests began in January.

In all, some 200 people have been killed and more than 1,000 others wounded in protests across the country calling for long-time President Ali Saleh's resignation, Amnesty said.

It added that the conflict in Yemen's southern provinces, where government troops are fighting al-Qaida-linked militants, has further degraded the humanitarian situation in the country.

Recent U.N. reports said more than 100,000 people have been displaced by fighting as government troops and militants vie for power over three towns in the southern province of Abyan, including its capital Zinjibar.

The international community has supported Saleh's war against the militants for fear they would overrun the country if Saleh lost his grip on power, a fact the embattled president has stressed in the face of calls for his resignation.

Amnesty has called for the establishment of an independent "commission of inquiry" to investigate the deaths of protesters and an "immediate suspension of supplies of weapons and munitions" to Yemen.

"The international community cannot continue to put its security concerns and fears about al-Qaida before human rights considerations," Luther said in the statement, adding that Sanaa should be held responsible for any rights abuses.