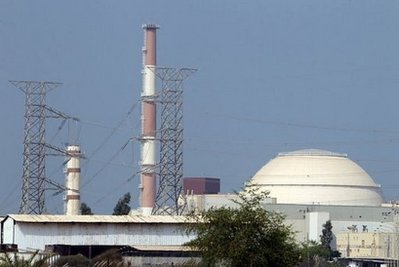 He said a recent example of Iran's "provocative behavior" was to begin installing facilities to enrich uranium, which can be used for nuclear power as well as atomic weapons, at an underground facility near Qom.

"Expanding, and moving underground, its enrichment ... marks a significant provocation and brings Iran still closer to having the capacity to produce weapons grade uranium," Chu said, according to the text of his speech.

"Iran's government has a choice: it can comply with its obligations and restore international confidence in the exclusively peaceful nature of its nuclear activities, or it can face deepening isolation and international censure."

The U.N. Security Council has imposed four rounds of sanctions on Iran over its nuclear activities, which the Islamic republic says are peaceful but which Western powers suspect are aimed at developing atomic weapons.

"The reason we moved to an underground site is that we want to make the Americans and their allies work tougher to destroy it," he told reporters in Vienna.

A report presented to the 35-member IAEA board in Vienna last week said the agency was "increasingly concerned" about a possible military dimension to Iran's nuclear work, about which it "continues to receive new information".