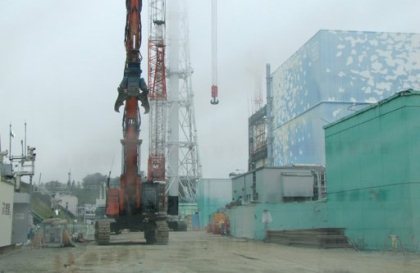 Turkey's energy minister said Monday Ankara would consider a proposal from the United States to build a nuclear power plant in the country's north.

"If a proposal comes from the United States, we could evaluate it but so far, no concrete proposal has been made to us," Energy Minister Taner Yildiz told reporters.

Turkey reached an agreement with Russia in May 2010 to build Turkey's first nuclear plant in Akkuyu in Mersin province, in the south.

In December, Turkey and Japan also signed a memorandum on civil nuclear cooperation, a step towards a possible $20-billion deal for Japanese companies to build a nuclear plant at Sinop, on Turkey's Black Sea coast.

Yildiz said Turkey wanted to hear the same political will from Japan after the latter's prime minister changed.

"I can say we are negotiating with different countries and different companies in order to generate alternative solutions in case Japan is unable to carry on with us," Yildiz said.

The minister declined to name which countries or firms Turkey was negotiating with but said everything would be clarified by the end of October.

He repeated the Turkish government's insistence to press ahead with plans to build its first nuclear power plant amid concerns raised by Japan's nuclear disaster.

"There is logic to our determination," said Yildiz. "We want to minimize our dependence on energy imports."