U.S. Urges Russia to Back U.N. 'Statement' on Syria 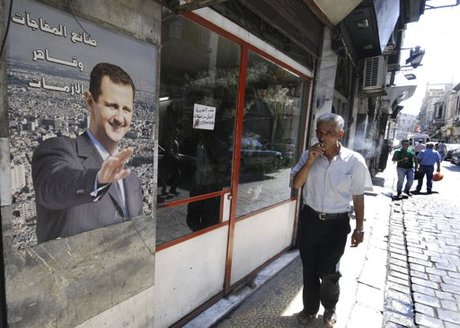 In her talks with Russian Foreign Minister Sergei Lavrov, Clinton expressed "our interest in seeing the Security Council go on record with a strong statement on Syria," a senior administration official said on condition of anonymity.

"The Russians as well are concerned about the situation in Syria, and the violence," the official told reporters after the two top diplomats held talks ahead of the U.N. General Assembly opening Wednesday in New York.

"The secretary urged Foreign Minister Lavrov to support a strong expression from the Security Council because she doesn't believe the United Nations Security Council should be silent in the face of such inexcusable violence," he said.

The official did not elaborate on what form the statement should take.

Another senior U.S. administration official said that "the secretary made a strong case for why a Security Council action is necessary this time, given the actions that the Syrian government is taking against its own people.

"Foreign Minister Lavrov presented his perspective, which was that the best way forward is through dialogue between Assad and members of the opposition," the official said.

"The secretary encouraged him to think carefully about the role that the Security Council could play in a moment when the Syrian government is killing its own people and imprisoning thousands of people unjustly," he said.

"I cannot say that the foreign minister agreed to that, but the secretary's position was unequivocal. It was firm and it's a position that we'll continue to advocate to the Russians and others as we go forward," he said.

"And the Russians did agree during the meeting to continue having the conversation over how the Security Council could act on the situation in Syria going forward," the official said.