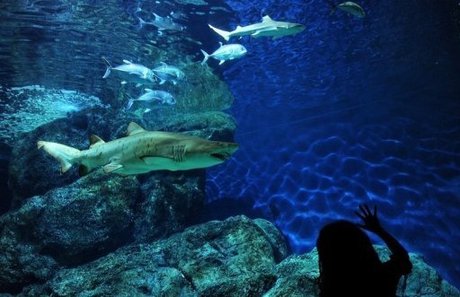 Sharks are primitive creatures but their bodies produce a sophisticated substance that shows promise in fighting a range of human viruses from hepatitis to yellow fever, researchers said Monday.

The compound, called squalamine, was discovered in 1993 but the study in the Proceedings of the National Academies of Sciences is the first to explore its potential use against human viruses.

Researchers tested squalamine -- manufactured from dogfish sharks' livers -- in lab dishes and in animal subjects and found it could inhibit or control viral infections, and in some cases appeared to cure animals of their ills.

The project began when lead investigator, Michael Zasloff, professor of surgery and pediatrics at Georgetown University Medical Center, sent samples of squalamine to a series of labs around the United States for testing.

Squalamine has been synthesized in a lab since 1995 and is no longer extracted directly from shark tissue.

Tissue cultures showed it could "inhibit the infection of human blood vessel cells by the dengue virus and human liver cells infected with hepatitis B and D," said the study.

"It is clearly a promising drug, and is unlike, in its mechanism of action and chemical structure, any other substance currently being investigated to treat viral infections," said Zasloff.

"We have not yet optimized squalamine dosing in any of the animal models we have studied and as yet we do not know the maximum protective or therapeutic benefit that can be achieved in these systems," he added.

"But we are sufficiently convinced of the promise of squalamine as an antiviral agent that we intend to take this compound into humans."

Squalamine is safe for humans and has been considered a potential tool against cancer and eye diseases, and some clinical trials for those targets are ongoing.

"In several of the early trials squalamine has shown significant and promising activity... in both certain forms of cancer and in diabetic retinopathy," Zasloff told Agence France Presse in an email.

Zasloff discovered squalamine in 1993 and is also known for his research on the natural antibiotic properties of frog skin.