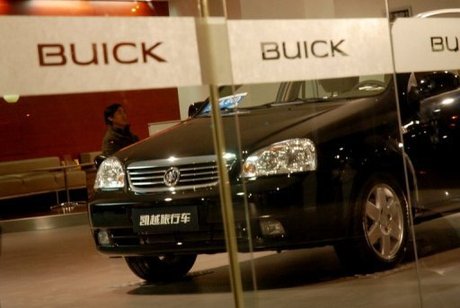 General Motors said Wednesday China would be the world's fastest growing auto market over the next decade, as it unveiled its latest bid to give it a greater slice of the clean energy vehicle segment.

GM executives made the forecast at the opening of a center in Shanghai, where the company's international operations are now based, to develop new technologies to make autos lighter and batteries for electric cars.

It comes a day after the U.S. giant signed an agreement with its Chinese partner SAIC Motor, the biggest domestic auto maker, to develop electric vehicles in China.

"It's the fastest growing car market in the world in the next 10 years," GM China Group president Kevin Wale told reporters.

GM chairman and chief executive Dan Akerson said the technical facility was "symbolic of how important China is to General Motors."

The center will grow to include a design studio, as well as development of vehicle engineering, power train and manufacturing processes in its second phase, scheduled to open in the next 12 months.

China overtook the United States to become the world's top auto market in 2009 and has been increasingly important for global carmakers like GM, which have been hurt by slowing markets in America and Europe.

GM's sales in China hit 205,885 units in August -- a record for the month -- up 13.4 percent from a year ago, despite a slowdown in China's auto market as Beijing phased out incentive policies introduced during the financial crisis.

China has been pushing for the development of clean energy vehicles as it seeks to reduce chronic pollution and its reliance on foreign oil.