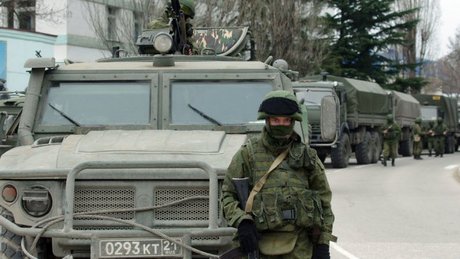 Seven Ukrainian soldiers and three police officers were killed in eastern Ukraine in the past 24 hours, security officials in Kiev said Monday.

The officers were killed in shelling while out on patrol near Makarove in the Lugansk region. Five other police were also wounded in the attack.

One of the injured servicemen later died in hospital from his wounds, the military said later.

In the rebel stronghold of Donetsk, officials reported that one civilian had been killed and eight wounded over the weekend. An AFP reporter in the city reported hearing fresh shelling early Monday.

The separatist leadership in the industrial hub said Ukrainian army shelling on Sunday destroyed three houses close to the ruins of the international airport, where government forces are battling to maintain control.

The latest casualties came with EU foreign ministers set to discuss the unrest in Ukraine in Brussels later Monday.

A nominal ceasefire is in place in eastern Ukraine but diplomatic sources say the meeting will seek to find ways to ensure all sides live up to the terms of the peace plan, brokered in September in Minsk.

Seven months of fighting in eastern Ukraine has claimed over 4,100 lives and left nearly 10,000 people wounded, according to United Nations figures.