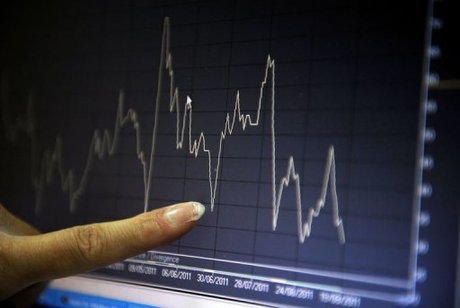 Asian stock markets slumped on Thursday as the U.S. Federal Reserve's latest multi-billion-dollar move to shore up the American economy was met with worldwide disappointment.

The dollar strengthened against regional currencies as investors sought its safe-haven status after the U.S. central bank warned of serious downside risks for the global outlook.

Hong Kong tumbled 3.74 percent in the afternoon and Shanghai was 1.76 percent off.

The Fed said after a two-day policy meeting that it would shift $400 billion in its shorter-term debt portfolio holdings to longer-term bonds, a move it said would lower rates for mortgage holders and businesses.

The plan -- nicknamed Operation Twist -- would also entice banks to put some of their idle reserves to work.

However, in announcing the new plan, the Fed warned of "significant downside risks to the economic outlook", with the economy struggling with slow growth, high unemployment and a depressed housing market.

"The Fed's economic view is sharply deteriorating and there seems to be little it can do as a next step with Republicans calling on the Fed not to intervene," Yutaka Miura, a senior technical analyst at Mizuho Securities, told Dow Jones Newswires.

And Mitul Kotecha, a strategist at Credit Agricole, said: "The overwhelming tone is likely to remain negative, especially as Operation Twist is unlikely to change the dynamic of a weak growth trajectory for the U.S. and developed economies over the coming months."

Adding downward pressure to sentiment was preliminary data from China showing manufacturing contracted for the third straight month in September, hurt by the ongoing troubles in key markets of the United States and Europe.

The early HSBC purchasing managers' index (PMI) fell to 49.4 last month from a final reading of 49.9 in August.

A reading above 50 indicates the sector is expanding, while a reading below 50 suggests contraction. The gauge stood at 49.3 in July, which was the lowest in 28 months and the first contraction in a year.

Investors were also digesting a series of downgrades by Moody's on three top U.S. banks -- Bank of America, Wells Fargo and Citigroup -- saying it saw the U.S. government less willing than before to rescue them if they become unstable.

With risk appetite waning, the dollar rose against regional currencies while the euro languished near 10-year lows versus the yen.

Ongoing troubles in the Eurozone and U.S. economy has boosted the greenback at the expense of Asian units, some of which had touched record highs. It had been as low as Sg$1.1988 and 1,047.90 won.

The Australian dollar also fell below parity to the U.S. currency, sitting at 99.94 U.S. cents before regaining slightly to 100.20. The fall comes after the commodities-backed Aussie, which broke parity for the first time in October last year, hit a record high U.S. $1.1081 in July.

"In response, risk-aversion escalated, which boosted 'safe haven' demand for the USD," he said.

Oil fell as the stronger dollar made the commodity more expensive.

New York's main contract, West Texas Intermediate for November delivery, was down $1.43 to $84.49 a barrel in afternoon Asian trade, and Brent North Sea crude for November dropped $1.72 to 108.64.