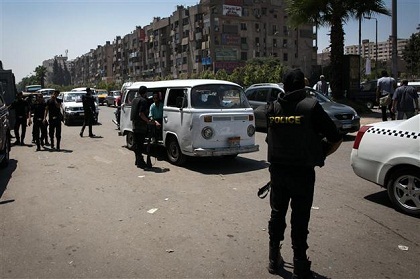 Gunmen on a motorbike killed a policeman and wounded another in a drive-by shooting in the Egyptian capital on Saturday, the interior ministry said.

The police officers had been guarding branches of two foreign banks, Britain's HSBC and Union National Bank of the United Arab Emirates, when they were attacked near a Cairo square.

Scores of policemen and soldiers have been killed in bombings and shootings since the Egyptian military deposed Islamist president Mohamed Morsi in July 2013.

Most of the attacks have been in the Sinai Peninsula, the deadliest of them claimed by Beit al-Maqdis, a militant group that has pledged allegiance to the Islamic State organisation.