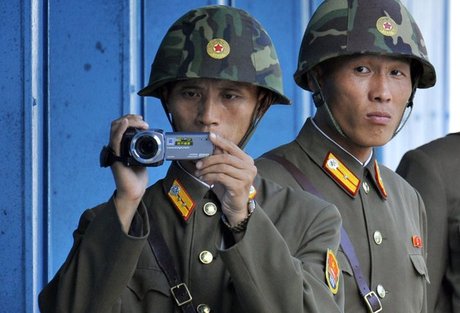 A senior North Korean official is due to visit the United States amid signs of an easing of relations between the two countries, a report said Monday.

Ri Jong-Hyok, vice chairman of the Korea Asia-Pacific Peace Committee, has been allowed to attend a forum at the University of Georgia on October 17-20, Yonhap news agency said.

The committee is a state body in charge of trade, foreign investment and inter-Korean economic projects.

U.S. and South Korean experts on North Korea will attend the forum, but there will be no meetings between Ri and U.S. government officials, Yonhap said.

The trip comes as diplomatic efforts are under way to restart long-stalled six-nation talks on ending the North's nuclear program.

Last month the chief nuclear envoys for North and South Korea met in Beijing to discuss how to revive long-stalled six-nation negotiations on the North's nuclear program.

The inter-Korean discussions came after a meeting between the two sides in Bali in July, which was followed by U.S.-North Korean talks in New York.

South Korean newspapers say North Korea and the United States are expected to hold a second round of talks this month.

The North abandoned the six-nation forum in April 2009, a month before staging a second nuclear test that brought worldwide condemnation and fresh United Nations sanctions.

Now all sides say they want to start talking again, especially after Pyongyang's disclosure in November last year of a uranium enrichment program that could give it another way to make atomic weapons.